For quite some time now, I had wanted to create designs and characters that helped spread awarenesss, acceptance, positivity and understanding on the subject of mental illnesses and disabilities. A character I played a lot with since 2018 was Autisticat. Autisticat is a concept created by C. Starfire in 2016 and that popularized quickly, as Starfire encouraged others to create their own Autisticats and cover the world with Autisticat love. Cats have become an identity symbol for Autistic people and Autisticat is a concept on the public domain made to bring us happiness and pride.

I wanted to make some Telegram Stickers, so in 2020 I designed my own take on Autisticat and doodled the concepts on Photoshop, and from that added some basic colors. Eventually I realized it'd be better if the character could interact with others, so from there Autisticat and the Neurofurry gang was designed and put into action! 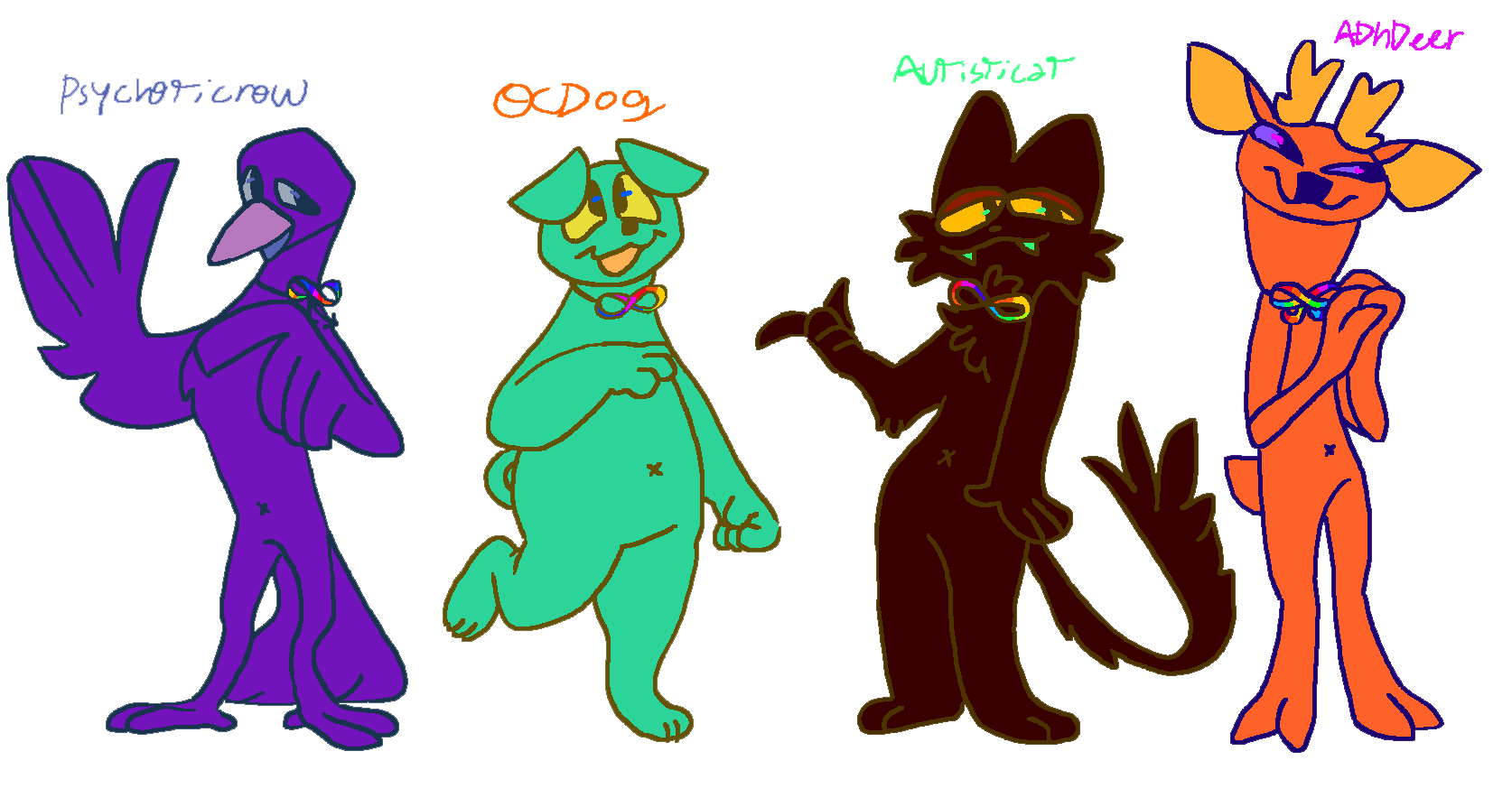 Once I had some basic references to go off, I finished up the first versions of the stickers. 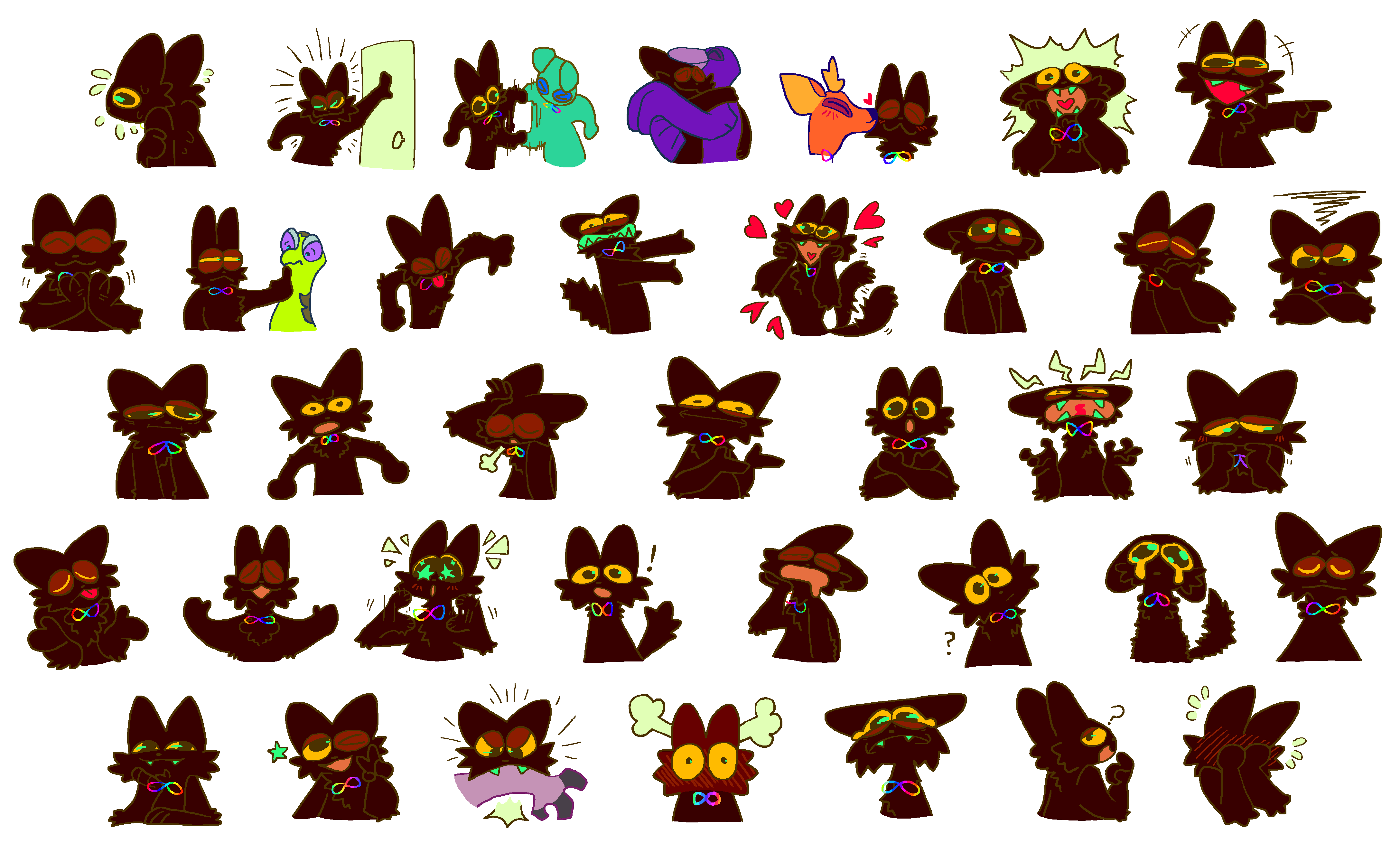 Although I already had put a lot of research and thought into every character, I felt it wasn't ready for the public yet so I showed these concepts around before actually making the sticker pack and such. With the positive feedback and a bit more research I made two telegram sticker packs:

A regular version, and a more monotone and desaturated version

I have more plans for the future of these characters, including improvement of the stickers and making them available oon more platforms and maybe in real life. For now you may enjoy the Telegram stickers below: