On the start of 2021 I made this part for a project of multiple animators, hosted by vogelchan, where artists were chosen so they would bring life and animation to eir interactive webseries Ask Hawkfrost & Mudclaw. Following the song Medicines by The Taxpayers and using the cartoony style of the comic.

I was tasked to animate the introduction to the project, which was scripted to be like the intro of a mid 90s western cartoon show. I studied plenty of those and discussed my findings with the project hosts to figure out the path to take. Once I had my storyboard and concept ready and approved I spent the next 2 months or so working on it until it was finished, you may watch the result and the progress in the video below: 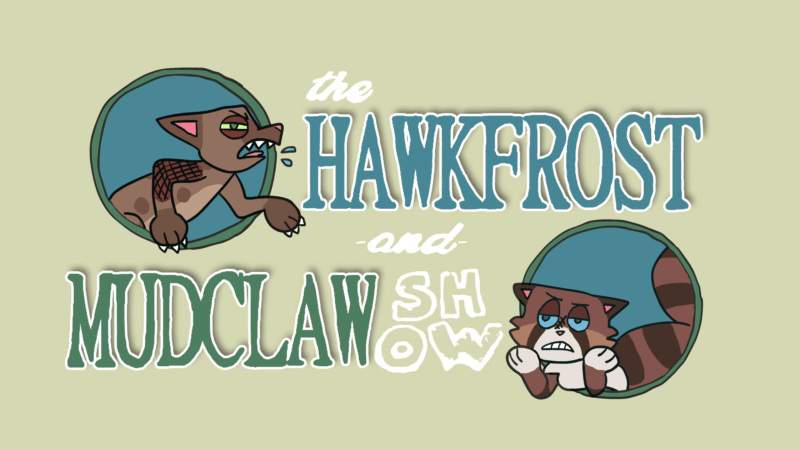 The whole project isn't finished yet sadly, but you can check out the comic that inspired it all in the links below, alongside the call for joining the project